In the morning, a blonde enter

The boy and the bible

A little boy opened the big old family Bible and with fascination, he looked at the old pages as he turned them. Then something fell out of the Bible and he picked it up and looked at it closely. It was an old leaf from a tree that had been pressed in between the pages.

"Momma, look what I found," the boy called out.

"What have you got there?" his mother asked.

With astonishment in the young boy's voice he answered: "It's Adam's suit!"

Carpenters are poly hammerous. They even do it with nailiens.
#joke #short
Joke | Old joke from joke of the day archives - Check out other old jokes Monday, 03 August 2015

A man goes into the hospital for some tests. The medical staff knocks him out, and when he comes around there is a doctor peering over him, pulling up his eyelid and wielding the reflex hammer.

The doctor says: "Ah, I'm glad you're awake. I'm afraid I have some good news and some bad news."

The doctor says "Your condition was worse than we thought and we had to amputate both of your legs."

The man asks: "What is the good news, then?"

The doctor replies: "The man in the next bed wants to buy your slippers."

Hung Chow calls into work and...

Hung Chow calls into work and says, "Hey, boss I no come work today, I really sick. I got headache, stomachache and my legshurt, I no come work."
The boss says, "You know Hung Chow, I really need you today.
When I feel like this I go to my wife and tell her give me sex.That makes everything better and I go work. You try that."
Two hours later Hung Chow calls again. "Boss, I do what you say and I feel great. I be at work soon. You got nice house." 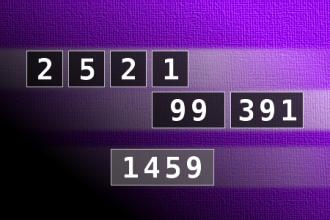 Am I the only person who blames global warming entirely on the Amish? Are they not a constant reminder of how awful life would be without all this great technology? Every time I want to cut back and conserve on natural resources, I just look at the Amish and Im like, F**k that.
#joke #short
Joke | Old joke from joke of the day archives - Check out other old jokes Tuesday, 17 May 2011

A woman was at her hairdresser

A woman was at her hairdresser's getting her hair styled for a trip to Rome with her husband. She mentioned the trip to the hairdresser, who responded:
"Rome? Why would anyone want to go there? It's crowded and dirty. You're crazy to go to Rome. So, how are you getting there?"
"We're taking Continental," was the reply. "We got a great rate!"
"Continental?" exclaimed the hairdresser. "That's a terrible airline. Their planes are old, their flight attendants are ugly, and they're always late. So, where are you staying in Rome?"
"We'll be at this exclusive little place over on Rome's Tiber River called Teste."
"Don't go any further. I know that place. Everybody thinks it's gonna be something special and exclusive, but it's really a dump, the worst hotel in the city! The rooms are small, the service is surly, and they're overpriced. So, whatcha' doing when you get there?"
"We're going to go to see the Vatican and we hope to see the Pope."
"That's rich," laughed the hairdresser. "You and a million other people are trying to see him. He'll look the size of an ant. Boy, good luck on this lousy trip of yours. You're going to need it."
A month later, the woman again came in for a hairdo. The hairdresser asked her about her trip to Rome. "It was wonderful," explained the woman, "not only were we on time in one of Continental's brand new planes, but it was overbooked and they bumped us up to first class. The food and wine were wonderful, and I had a handsome 28-year-old steward who waited on me hand and foot. And the hotel was great! They'd just finished a $5 million remodeling job and now it's a jewel, the finest hotel in the city. They, too, were overbooked, so they apologized and gave us their owner's suite at no extra charge!"
"Well," muttered the hairdresser, "that's all well and good, but I know you didn't get to see the Pope."
"Actually, we were quite lucky, because as we toured the Vatican, a Swiss Guard tapped me on the shoulder, and explained that the Pope likes to meet some of the visitors, and if I'd be so kind as to step into his private room and wait, the Pope would personally greet me. Sure enough, five minutes later, the Pope walked through the door and shook my hand, I knelt down, and he spoke a few words to me."
"Oh, really! What did he say?"
"He said: 'Where did you get the shitty hairdo?'"

When the Boogeyman goes to bed...

When the Boogeyman goes to bed he checks his closet for Chuck Norris.
#joke #short #chucknorris
Joke | Old joke from joke of the day archives - Check out other old jokes Tuesday, 17 May 2011

Eastern 702: "Tower, Eastern 702 switching to Departure. By the way,after we lifted off we saw some kind of dead animal on the far end of the runway."

Tower: "Continental 635, cleared for takeoff behind Eastern 702, contact Departure on frequency 124.7. Did you copy that report from Eastern 702?"

One day the pilot of a Cherokee 180 was told by the tower to hold short of the active runway while a DC-8 landed. The DC-8 landed, rolled out, turned around, and taxied back past the Cherokee.

Some quick-witted comedian in the DC-8 crew got on the radio and said, "What a cute little plane. Did you make it all by yourself?"

The Cherokee pilot, not about to let the insult go by, came back with a real zinger: "I made it out of DC-8 parts. Another landing like yours and I'll have enough parts for another one."

The German air controllers at Frankfurt Airport are renowned as a short-tempered lot. They not only expect one to know one's gate parking location, but how to get there without any assistance from them. So it was with some amusement that we (a Pan Am 747) listened to the following exchange between Frankfurt ground control and a British Airways 747... call sign Speedbird 206.

The BA 747 pulled onto the main taxiway and slowed to a stop.

Ground: "Speedbird, do you not know where you are going?"

Ground (with quite arrogant impatience): "Speedbird 206, have you not been to Frankfurt before?"

While taxiing at London 's Gatwick Airport , the crew of a US Air flight departing for Ft. Lauderdale made a wrong turn and came nose to nose with a United 727. An irate female ground controller lashed out at the US Air crew, screaming: "US Air 2771, where the hell are you going? I told you to turn right onto Charlie taxiway! You turned right on Delta! Stop right there. I know it's difficult for you to tell the difference between C and D, but get it right!"

Continuing her rage to the embarrassed crew, she was now shouting hysterically: "God! Now you've screwed everything up! It'll take forever to sort this out! You stay right there and don't move till I tell you to! You can expect progressive taxi instructions in about half an hour, and I want you to go exactly where I tell you, when I tell you, and how I tell you! You got that, US Air 2771?"

Naturally, the ground control communications frequency fell terribly silent after the verbal bashing of US Air 2771. Nobody wanted to chance engaging the irate ground controller in her current state of mind. Tension in every cockpit out around Gatwick was definitely running high. Just then an unknown pilot broke the silence and keyed his microphone, asking:

"Wasn't I married to you once?"

A Pan Am 727 flight, waiting for start clearance in Munich , overheard the following:

Lufthansa (in German): "Ground, what is our start clearance time?"

Ground (in English): "If you want an answer you must speak in English."

Lufthansa (in English): "I am a German, flying a German airplane, in Germany. Why must I speak English?"

Unknown voice from another plane (in a beautiful British accent): "Because you lost the bloody war!"
#joke
Joke | Old joke from joke of the day archives - Check out other old jokes Tuesday, 17 May 2011