A college physics professor was explaining a particularly complicated concept to his class when a pre-med student interrupted him.
"Why do we have to learn this stuff?" The young man blurted out.
"To save lives," the professor responded before continuing the lecture.
A few minutes later the student spoke up again. "So how does physics save lives?" The professor stared at the student for a long time. "Physics saves lives," he said, "because it keeps the idiots out of medical school."

On a chilly winter evening, a

On a chilly winter evening, a husband and wife were snuggled together on the floor watching television. During a commercial break, he reached over and gave her foot a gentle squeeze.
"Mmmmm," she said. "That's so sweet."
"Actually," he admitted sheepishly, "I thought that was the remote."

I’m writing a book in fifth person...
So every sentence starts out with: “I heard from this guy who told somebody…”

1000 Points to Get Into Heaven

A man dies and goes to heaven when Peter meets him at the Pearly Gates. Peter says, “You need 1000 points to make it into heaven. You tell me all of the good things you’ve done, and I give you a certain number of points for each item. When you reach 1000 points, you get in.”“Okay,” the man says, “I was happily married to the same woman for fifty years and never cheated on her, not even in my mind.”“That’s wonderful,” says Peter, “that’s worth two points!”“Two points?” he says. “Well, I attended church all my life and gave my ten percent tithe faithfully.”“Terrific!” says Peter. “That’s definitely worth a point.”“One point? My goodness! Well, what about this: I started a soup kitchen in my city and worked in a shelter for the homeless?”“Fantastic, that’s good for two more points,” he says.“TWO POINTS!” the man cries. “At this rate the only way I can get into heaven is by the grace of God!”“Now that’s what we’re looking for! Come on in!”
#joke
Joke | Old joke from joke of the day archives - Check out other old jokes Sunday, 04 July 2021

One day a little girl came home from school, and said to her mother, "Mommy, today in school I was punished for something that I didn't do."

The mother exclaimed, "But that's terrible! I'm going to have a talk with your teacher about this! By the way, what was it that you didn't do?"

The little girl replied, "My homework." 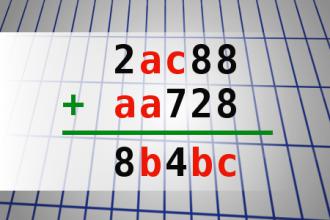 Tom did like he always does, kissing his wife, crawling into bed andfalling to sleep. All of a sudden, he wakes up with an elderly man dressed ina white robe standing in front of his bed. "What the hell are you doingin my bedroom? ...... and who are you?" he asked.
"This is not your bedroom," the man replied, "I am St. Peter, and youare in heaven."
"WHAT!!? Are you saying, I'm dead? I don't want to die ..... I'm tooyoung." said Tom. "If I'm dead, I want you to send me backimmediately."
"It's not that easy", said St. Peter, "you can only return as a dog ora hen. You can choose on your own"
Tom thought about it for a while, and figured out that being a dog istoo tiring, but a hen probably has a nice and relaxed life.
Running around with a rooster can't be that bad. "I want to return asa hen." Tom replied. In the next second, he found himself in a chickenrun, really nicely feathered. But now he felt like his rear end was gonna blow ........ then alongcame the rooster. "Hey, you must be the new hen on the farm." he said. "How does itfeel?"
"Well, it's OK I guess, but it feels like my rear end is blowing up."
"Oh that!" said the rooster. "That's only the ovulation going on. Have you never laid an egg before?? Cluck twice, and then you push all youcan."
Tom clucked twice, and pushed more than he was good for, and then'Plop' and an egg was on the ground.
"Wow" Tom said "that felt really good!" So he clucked again andsqueezed. And you better believe that there was yet another egg on the ground.
The third time he clucked, he heard his wife shout: "Tom, for Pete'ssake!!! Wake up ... you're ' crappin ' all over the bed!"

They once tried to carve Chuck...

They once tried to carve Chuck Norris' face into Mount Rushmore, but the granite wasn't hard enough for his beard.
#joke #short #chucknorris
Joke | Old joke from joke of the day archives - Check out other old jokes Friday, 16 September 2011

I like to dress up as a referee and walk into a Foot Locker. You gotta try this. It freaks them out. They get all insecure. The guys like, Wait a second, can I help you? I was like, Can I help you, man? I, too, am a referee. Maybe we could work it out together. And then someone will ask me for a size 10, and Ill be like, Do I look like I work here, chief?
#joke
Joke | Old joke from joke of the day archives - Check out other old jokes Thursday, 16 September 2010

I have a new idea for a game show for people who are high, and its called Can You Remember What You Just Saw? Thats actually the bonus round. Round one is Can You Describe Whats in Front of You Right Now? OK, you got it? Were going to take it away. What was it? We will not accept awesome.
#joke #short
Joke | Old joke from joke of the day archives - Check out other old jokes Friday, 16 September 2011

Three Blonds are walking down the street when they see some

tracks. The first one said "I think they are dog tracks", The

second one said "I think they are cow tracks". The third one

said "I think they are Dodo bird tracks". What happened next?

They all got hit by a train!

A lot of people think kids say the darnedest things, but so would you if you had no education.
#joke #short
Joke | Old joke from joke of the day archives - Check out other old jokes Sunday, 16 September 2012