If the Pilgrims Were Alive

In class, the teacher was trying desperately to get the students to think. He asked, “If the Pilgrims were alive today, what would they be most famous for?”One student quickly responded, “Their age.”
#joke #short
Joke | Source: Belief net - Joke of the day, features on religion, spirituality, faith

A man walks into an enchanted forest and tries to cut down a talking tree.
"You can't cut me down," the tree exclaims, "I'm a talking tree!"
The man responds, "You may be a talking tree, but you will dialogue."

One day a blonde went up to a soda machine, put in some money, and a soda came out. She got really excited and started to put more money into the machine. The more and more she did it, the more the soda came out.

After a while someone walked up to her and asked if they could please get a soda. The blonde looked at them angrily and said: "Get out of my face, I'm winning!"

A man was giving a speech at his lodge meeting. He got a bit carried away and talked for two hours. Finally, he realized what he had done and said, "I'm sorry I talked so long. I left my watch at home."

A voice from the back of the room replied, "There's a calendar behind you..."

I saw a sign on this door; it said, Exit Only. So, I entered it and went up to the guy working there, and I was like, I have some good news. You have severely underestimated this door over here by, like, 100%, man.
#joke #short
Joke | Old joke from joke of the day archives - Check out other old jokes Monday, 07 February 2011 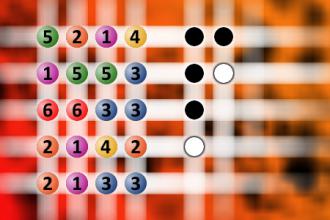 Which is a winning combination of digits?

Three travelers, an American, a Russian, and an Egyptian, were circumnavigating the globe a la Jules Verne. The Russian man put his hand out and reached down into the clouds.

“How can you tell?” asked the American.

“I can feel the cold air.” he replied.

A few days later the African man put his hand through the clouds.

“Aah we're right over my homeland.” he said.

“How do you know that?” asked the Russian.

“I can feel the heat of the desert.”

Several more days later the American put his hand through the clouds.

“Aah, we're right over New York.” The Russian and the African were amazed.

“How do you know all of that?!” they exclaimed.

The American pulled his hand in and held it up for them to see. “My watch is missing.”

My grandson was visiting one day when he asked, â€œGrandma, do you know how you and God are alike?â€
I mentally polished my halo while I asked, â€œNow, how are we alike?â€
â€œYouâ€™re both old,â€ he replied.

Contrary to popular belief, there is indeed enough Chuck Norris to go around.
#joke #short #chucknorris
Joke | Old joke from joke of the day archives - Check out other old jokes Tuesday, 07 February 2012

The General Managers of Cascad...